The Grand Duchy Research Project was begun by Sonia and David Hoffman.  They identified documents relating to Jewish families who lived in the Grand Duchy region during the 17th and 18th centuries. After locating the archive or other repository which held these documents, the project arranged to duplicate and translate these documents. 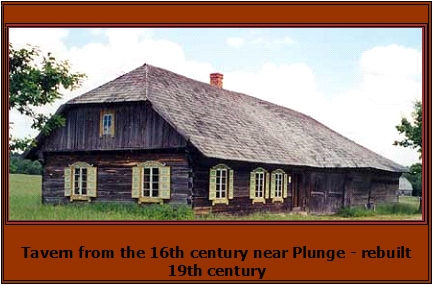 The translations of tax and census list made in 1784 and 1765 which relate to towns in Lithuania are now available from LitvakSIG.  Please be aware that the town you are interested in may be in records for a larger Kahal.  Excel spreadsheets for each Kahal are posted in our research group sites (password protected). PDF-format compilations of the 1784 lists by district may be downloaded from this public page.

Historical Background:  The Grand Duchy of Lithuania and Kingdom of Poland Commonwealth

At the Union of Lublin in 1569, the Grand Duchy of Lithuania and the Kingdom of Poland joined to form a Commonwealth whose territory included contemporary Belarus, Lithuania, Ukraine and parts of Poland. The Commonwealth was ruled by a parliament, the Seym, composed of noble landowners. The noble or gentry class accounted for approximately twelve percent of the population during the 18th century, or about one million people.  They elected a Lithuanian Grand Duke and a Polish King. 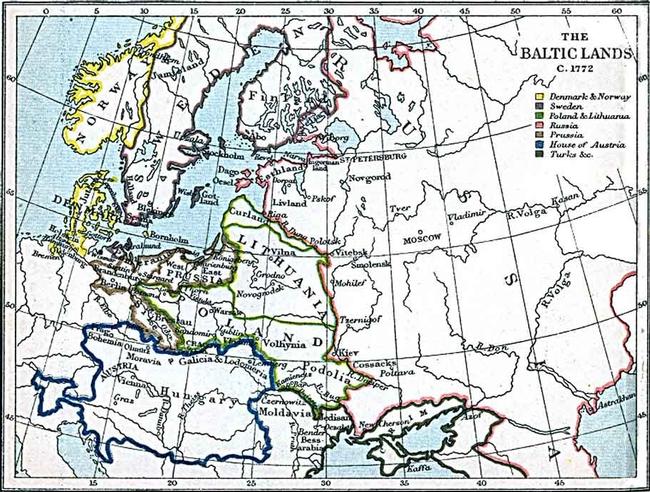 The Baltics 1772 (University of Texas)

The Commonwealth government granted considerable autonomy to the Jews in its territory. Jewish taxpayers - about 25 percent of the heads of household who lived in each kahal (Jewish community)--elected representatives to the Council of Four Lands in Poland and to the Lithuanian Council. These Councils mediated between the Jewish communities and the Commonwealth government. By the latter half of the  18th century, due to the growing interference of the Austrian and Russian Empires seeking to expand their territories, the Commonwealth had become weak politically and economically. Corruption was widespread in the state government and in the kahal leadership, and many kahalswere insolvent.

In 1764 the Seym abolished the Jewish councils. A head, or poll, tax of two zlotys per person was imposed, to be collected by each kahal, which would now supervise its own affairs directly. A census for each community was ordered to determine the number of Jews to be taxed.Twenty years later, in 1783, the Grand Duchy Treasury Commission ordered the kahal leaders to take another census of all Jews over one year of age in order to increase the tax. According to published sources, Jewish censuses also were taken in the Grand Duchy in 1650, 1662, 1775 and 1790.  The 1784 and 1765 and some 1775 census or tax lists listing the Jews in the Grand Duchy of Lithuania have survived. The Commonwealth continued until the end of the 18th century, when this territory became part of three other empires – Russia, Austria-Hungary, and Prussia.

Tax lists for 1784 and 1765 are organized by districts, then by large and small kahals. Some kahals included several small towns, villages, taverns, inns and mills. The kahal  lists sometimes were divided by landowner, which may have been members of the nobility, or the church or the crown. The names of landowners are included for many towns.

These lists vary in legibility and in the amount of information they contain. They are written in Polish in the Latin alphabet, so names of are easily recognized. Information included may be given name, father’s name or patronymic, wife’s name, children’s names, and the names of other relatives, workers, servants, tenants and lodgers. For some towns the names of children and wives are not included. Occupations sometimes are noted, more often on the lists for large cities such as Vilnius. Lists for large cities often are organized by street, then by house, sometimes giving the name of the owner of the house. Children under the age of one year were not included and it is believed by some scholars that many other children were left off the list and that some of the poorer families may not have been recorded.

Documents for 1784 censuses include contemporary Belarus, Lithuania and Poland and the northern areas of Ukraine. The eastern part of Belarus was annexed by Russia before 1784, so the list does not include parts of Moghilev and Vitebsk. According to the catalog of the Minsk Archives, the area annexed by Russia was included in a census taken by the Russian Empire in 1782.  Other 17th - and 18th-century lists for the Kingdom of Poland are also available in other archives, such as the Archive of Old Acts in Warsaw.

Other types of documents that included names of Jews were compiled during this period, and can be found in various eastern European archives. In some cases, only statistical or summary information survives, but there are lists of individuals and families in some of these documents. Many documents, such as estate inventories, are catalogued as part of the archival holdings pertaining to members of the nobility or other wealthy landowners, called magnates.

Many Jewish families lived and worked on land and in towns owned by wealthy landowners and nobility. The archival fonds containing documents about the property of the landowners also include names and other information about Jews. The arenda system, under which one used a prepaid, short-term lease (usually for one to three years) to operate all sorts of businesses or to lease land, was widespread among the Jews. Many Jews leased farms, mills, taverns and other businesses from the landowners. During the 18th century, up to 80 percent of Jewish heads of households in rural areas were arendarz, that is, holders of an arenda (lease).

During the 18th century, local landowners often prepared estate inventories that described the folwark - the manor and the surrounding agricultural enterprises - which could include crops, animals, forests, mills, liquor production and sales.

Inventories also described the boundaries, lots, buildings, the people who lived there, the types of farming and other businesses, towns or villages on the estate, and the income they generated. Today many of these inventories exist in archives and other repositories, such as libraries and museums.

How to find our ancestors on 18th century records:

Since Jews were not required to have surnames until the early 1800s, there are only a few families with surnames on the Grand Duchy lists for 1784 and 1765. This is one of the main obstacles to finding your family on these 18th century documents.

In order to recognize your family before they had a surname, you need to find them on lists on which they had surnames. Many types of 19th century documents can help you to trace back to the 18th century. The larger the family group that you are able to identify on early 19th century records, the greater your chance of correctly identifying them on the earlier documents.