Litvaks and the Founding of Brandeis University

My grandfather and the millionaire
By Steven Weiss, July 2000

In January 2000, after having heard the story of my grandfather and the millionaire all of my life, I finally decided to contact the Brandeis University Library to learn more about Meyer Jaffe. For those who are not familiar with Brandeis, it is a University founded in 1948 as a Jewish institution of higher learning without the religious component. You can even read further about the history of Brandeis in a 1998 Boston Globe Magazine article (which mentions Meyer Jaffe).

I received an immediate response from the Brandeis University archivist. Meyer Jaffe was one of the seven original trustees on the Brandeis Board of Directors. He indeed was an entrepreneur in the paper box industry. Meyer Jaffe named the business J. & J. Corrugated Paper after himself and his brother, and was based for many years in Fall River, Massachusetts. Meyer Jaffe was also an outstanding philanthropist.

I was referred to a biography of Meyer Jaffe which can be read in the National Cyclopedia of American Biography, volume 52, page 279. The list of Meyer Jaffe’s accomplishments recorded here are extensive. The archivist also informed me that a photo of Meyer Jaffe and a letter written by him as a Brandeis Board member existed and they can be seen below.

It came as no surprise then, when I discovered that the celebrated historian and original president of Brandeis University, Abram Sachar, was a Litvak. Sachar’s family was from Kupishok, a shtetl not too distant from those mentioned above. It would appear that the Litvaks’ love of learning transferred over to America where the dream of a Jewish institution of learning was realized. 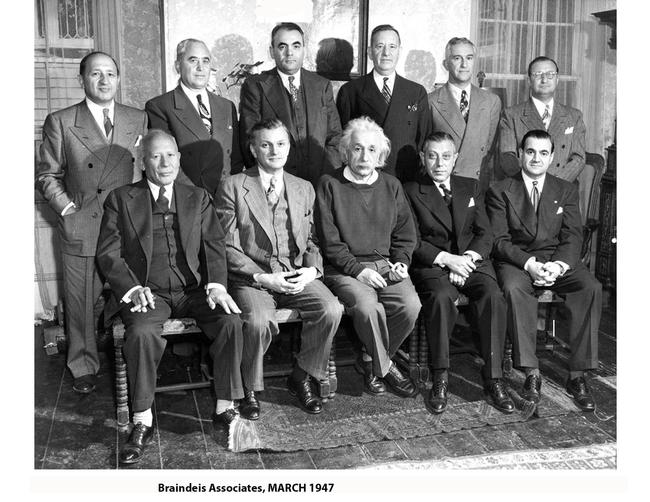 In 1997 I read for the first time my maternal grandmother’s handwritten memoir which my mother had urged me to read for years. From this memoir I learned the name of my Great-Grandmother’s ancestral home, Pazelva (Zelva), Lithuania, and thus began my interest in my Litvak ancestry. By finding Linda Cantor of the Rokiskis and Lithuania SIG on the JGFF, I discovered where my maternal grandfather’s family originated. I am continually amazed at what I am learning about my Litvak heritage.

Currently I am researching my grandfather’s antique European and Jewish postcard collection for an upcoming exhibit at the Spertus Institute of Judaica to run from March-August 2001 in Chicago where I live.